We are happy to organize excursions to places of interest, including: 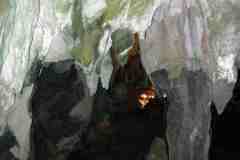 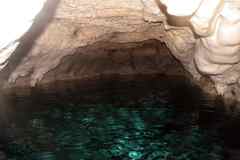 The clear water invites you to swim, snorkel and dive. Approximately Half an hour east of the hotel is the small village of Ara with a special attraction, a freshwater grotto. Not only can you admire this grotto, you can actively explore it. 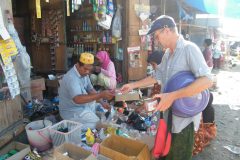 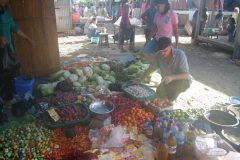 Those who are not afraid of foreign cultures should not miss a visit to the market of Bulukumba. Here you have the opportunity to experience first hand the culture and the lively market activity of the inhabitants. In addition to numerous household items and local clothing you will also find fresh fruits, fish and meat products of local farmers and small producers.

BBQ at the Beach 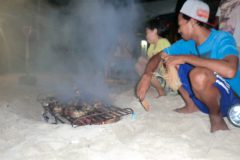 A very special highlight of our own kitchen is to spoil you on an evening of your choice on the beach. We cook specialties for you, such as freshly caught fish as well as chicken and sate. 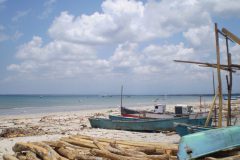 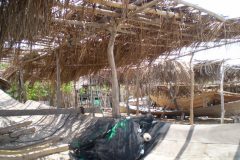 In Bira and the neighboring village of Tanah Beru are unique locations of traditional shipbuilding in Sulawesi. These types of ships are called Pinisi and they are still common in the local waters. It is very impressive with which craftsmanship and in which size here boats and ships in complete timber construction arise. Interested people should not miss the opportunity of an excursion there. The Pinisi shipbuilding in Sulawesi was declared a UNESCO World Heritage Site in 2017 and in tribute to and the preservation of this tradition, a festival of the same name is being held every August on the beach of Bira. 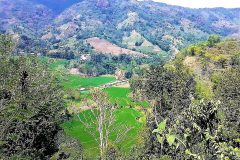 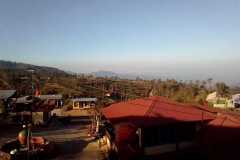 On coastal roads, meandering serpentines along wide river valleys and off the beaten track, we head to the highlands of South Sulawesi. There are many small places along the way where you can experience the rural life, the magnificent landscape and the diversity of Sulawesi up close. With increasing altitude, the vegetation and its agricultural use changes significantly. Rice cultivation in the plain increasingly outweighs the cultivation of a wide variety of vegetables in terraced slopes and in narrow valleys. On the way you pass small places where spices are grown. There unfolds a beguiling scent of carnations that are dried directly on the street in the sun. One can only recommend to buy at least one sample directly from the producer. Arriving in Malino, you can admire coniferous forests and enjoy fresh strawberries, which are harvested here year-round. Also, a visit to the nearby waterfalls (about 80 m) and the local markets should not be missed. The next day we head back to Bira, the tropical sea and the southernmost town of Sulawesi. 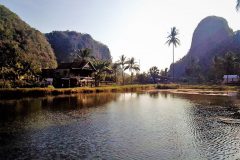 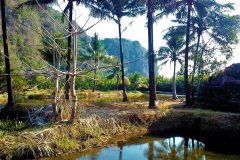 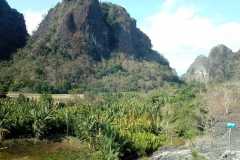 Not far from the capital Makassar, a karst area is also called the Halon Bay of Indonesia. Approximately 1 hour from the city center and 45 minutes. from the airport in the province of Maros is an interesting natural phenomenon. The place Ramang Ramang can be reached only about a river labyrinth in flat boats after about 30 minutes. The river banks are densely covered with palm groves and there are sometimes very narrow passages with rock overhangs. At the end of the boat tour opens a wide valley with rice fields surrounded by steep cliffs and it offers an impressive panorama. The area can be explored on narrow footpaths, and in various places offer the residents refreshments. There are also walk-in caves, which can also be visited. This excursion is recommended in combination with the arrival and departure from / to the airport Makassar, you should plan, at least half a day. 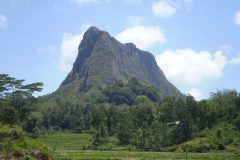 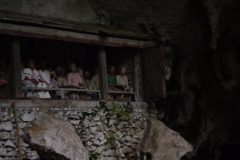 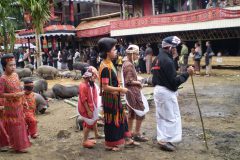